[In English] Authentic Marketing and The Comb-Over Cover Up 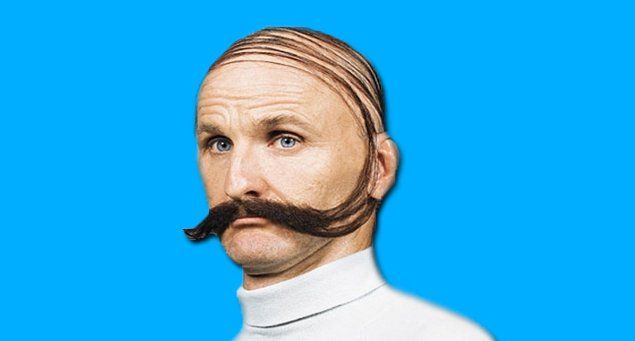 [In English] Authentic Marketing and The Comb-Over Cover Up

When you ask supporters of the American presidential candidate Donald Trump why they are voting for him they often say: “He tells it like it is”. They like the fact that he is politically incorrect and that he is (sic!) authentic.

There are surely many reasons to vote for or against Trump. But I wouldn’t buy a used car from him. He strikes me as deeply untrustworthy. And isn’t even something he said.

I read that male pattern baldness can open up an abyss of existential anxiety. The inevitability, the loss of control, the relentless aging and pending death along with the tangible and shameful loss of virility and thus power – oh, how the symbolism is heavy.

But not to own up to it?

A comb-over is not fooling anybody. Sorry guys, but you can ALWAYS tell when a man tries to hide a bald spot by growing some of it longer and in more or less elaborate ways tries to cover the bald spot.

Trump’s hair is not what it purports to be. It is a cover-up, in line with the reality that he in fact does not really tell anything ‘like it is’.

As a copywriter, I write newsletters for some of my clients. One of them is a business that train professionals who work with personal development. After a few months we were wondering why the effect of our newsletters were not as one would hope.

Many factors could explain this. Firstly, the market had experienced a boom in this type of providers. Secondly, it was summertime in Denmark – perhaps people were too busy sipping rosé and barbecuing? A comment on Facebook suggested that it might (also) be about authenticity.

After I took over the company’s communications, their voice changed. They used to write their own newsletters. They would be rather informal little texts announcing the next month’s courses and activities. When I took over, I changed the style of writing. I was excited and wanted to convey how great these products were. Was perhaps a tad too cocky in my language. I was selling. My client is one of the very best providers of their product on the Danish market (maybe even the world!) and this was the message I sold. They would never say that about themselves. We came across as cocky. They are humble people.

Ouch! I learned an important lesson about speaking with your client’s authentic voice in marketing.

But I’m not the only one who does not always hit the mark.

In 2002, the Danish actor Ole Ernst appeared in an advertising campaign for discount vitamins. He proudly announced that these supplements would now be available in “his” store and 200 other supermarkets across the country. Dude. We all know very well that Ole Ernst is an ACTOR. If you lie about who you are, what else are you lying about? Untrustworthy is not authentic.

Authenticity is about being you and standing by yourself. Also as a brand.

Authentic marketing is about your core values; it is about continuity in what you say and to show yourself to the world – just as you are. Honest. Imperfect.

With or without hair.

Read a Danish version of this article here.