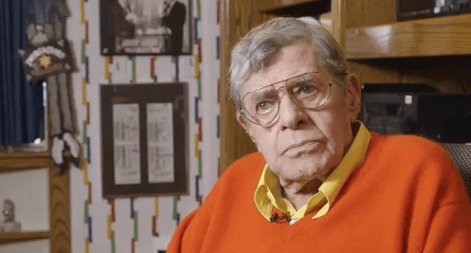 Here is an interesting, albeit cringe-worthy interview with a reluctant Jerry Lewis. Just watch a few minutes, and you’ll understand why this has been called one of the most painfully awkward interviews of 2016.

Good interview skills are crucial if you want answers out of people. Being able to interview people comes in handy no matter what role you play in any industry.

If I were to give this interviewer a bit of feedback I’d tell him this:

Ask follow-up questions instead of new questions. “How so?”, “Why is that?”, “What do you mean?” or “Would you care to elaborate on that?”
Don’t let them off the hook! If people aren’t answering your questions, ask again from a different angle.
Ask one question at the time. Otherwise they will only answer the last one. (If at all.)
Use the pause. Silence is the most overlooked and effective way to get people to talk. Most people cannot stand the sound of silence, so they will usually start talking if you just stay quiet.
Establishing initial rapport or flat out mentioning the elephant in the room “you are not giving me any real answers here”, might have resulted in an altogether different interview.
Jerry Lewis was obviously not into giving an interview and the interviewer was not very good. Using humor might have worked with Lewis, once hailed the King of Comedy.

This was funny like a train wreck is funny.